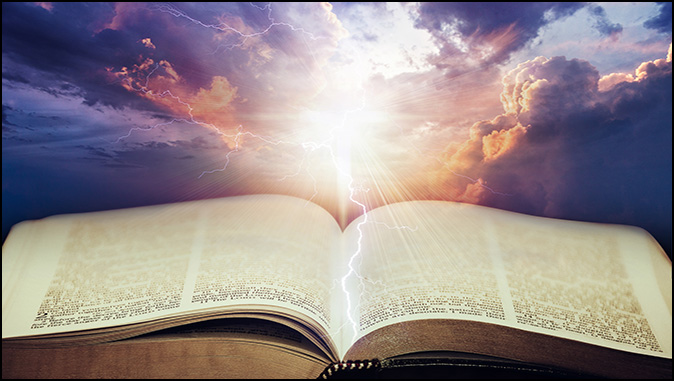 Church Not In Tribulation – Part 1 of 3
By Grant Phillips

Daniel 9:24-27 speaks of 70 weeks (or sevens), 490 years that God has declared for the Jewish people [1] to finish the transgression, [2] to make an end of sins, [3] to make reconciliation of iniquity, [4] to bring in everlasting righteousness, [5] to seal up the vision and prophecy, and [6] to anoint the most Holy.

This period began with the decree to rebuild Jerusalem (Daniel 9:25 and fulfilled in Nehemiah 2), then stated that after 69 weeks the Messiah would be cut off (Jesus’ death on the cross). Daniel 9:26 prophesied the destruction of Jerusalem in 70 A.D. by the Roman General Titus. Then the remaining one week (7 years) is mentioned in Daniel 9:27 with the Antichrist confirming a covenant for one week (7 years). Revelation 6-18 describes in detail this remaining one week (the Tribulation), or seven years, that will come upon the whole world.

This rather short description of the Tribulation is to emphasize God’s wrath during this time upon a corrupt and unbelieving world and also upon the Jewish nation of Israel.

Fullness of the Gentiles

The Church is composed of anyone who will put their faith in Jesus Christ as the only way to God the Father, whether they are Jews or Gentiles. At first the Church consisted of all Jews who came to Christ, and then Gentiles also came to Him to be saved. Today, most all who are of the Church are Gentiles, but all may be saved, Jews and Gentiles, if they believe upon the name of Jesus.

Since Israel (the Jews) rejected their Messiah, God temporarily put them, as a nation, on the backburner (Romans 11:7-12) and is now calling out the Gentiles to come to Him through the same Messiah that Israel rejected. When the number of Gentiles in His Church is complete He will remove the Church at the Rapture and return to His dealings with Israel during the Tribulation (Romans 11:26-32).

“For I do not desire, brethren, that you should be ignorant of this mystery, lest you should be wise in your own opinion, that blindness in part has happened to Israel until the fullness of the Gentiles has come in.” – (Romans 11:25)

Without a doubt the Tribulation is a time of God’s wrath that will come down in full force upon all humanity…except for the Church. The Church is the bride of Christ and Jesus has made it very clear that His bride, the Church, will never suffer His wrath.

“For the wrath of God is revealed from heaven against all ungodliness and unrighteousness of men, who suppress the truth in unrighteousness” – (Romans 1:18)

His wrath will come down upon all ungodliness and unrighteousness, but not on those clothed with the righteousness of their Savior Jesus Christ.

“Much more then, having now been justified by His blood, we shall be saved from wrath through Him. For if when we were enemies we were reconciled to God through the death of His Son, much more, having been reconciled, we shall be saved by His life. And not only that, but we also rejoice in God through our Lord Jesus Christ, through whom we have now received the reconciliation.” – (Romans 5:9-11)

Every true Christian is a part of the Church and therefore the bride of Christ. Having been justified by His blood we are reconciled to God and saved by His life from His wrath.

“And you He made alive, who were dead in trespasses and sins, in which you once walked according to the course of this world, according to the prince of the power of the air, the spirit who now works in the sons of disobedience, among whom also we all once conducted ourselves in the lusts of our flesh, fulfilling the desires of the flesh and of the mind, and were by nature children of wrath, just as the others.” – (Ephesians 2:1-3)

Notice the “past tense” in these three verses: “were dead,” “once walked,” “once conducted.”

“Let no one deceive you with empty words, for because of these things the wrath of God comes upon the sons of disobedience.” – (Ephesians 5:6)

Those who make up the true Church are children of God, not sons of disobedience.

“The Spirit itself beareth witness with our spirit, that we are the children of God” – (Romans 8:16)

Again, all true Christians are not of the sons of disobedience and children of wrath, but instead are children of God.

“Because of these things the wrath of God is coming upon the sons of disobedience, in which you yourselves once walked when you lived in them.” – (Colossians 3:6-7)

Once again, this verse is not referring to the children of God.

“For they themselves declare concerning us what manner of entry we had to you, and how you turned to God from idols to serve the living and true God, and to wait for His Son from heaven, whom He raised from the dead, even Jesus who delivers us from the wrath to come.” – (1 Thessalonians 1:10)

Those who have turned to God through Jesus Christ are not under wrath, but delivered from wrath.

“For you, brethren, became imitators of the churches of God which are in Judea in Christ Jesus. For you also suffered the same things from your own countrymen, just as they did from the Judeans, who killed both the Lord Jesus and their own prophets, and have persecuted us; and they do not please God and are contrary to all men, forbidding us to speak to the Gentiles that they may be saved, so as always to fill up the measure of their sins; but wrath has come upon them to the uttermost.” – (1 Thessalonians 2:14-16)

The enemies of God will face His wrath, not the Church. He says in the next verse:

“For God did not appoint us to wrath, but to obtain salvation through our Lord Jesus Christ, who died for us, that whether we wake or sleep, we should live together with Him.” – (1 Thessalonians 5:9-10)

Jesus died for His bride. He is not going to show us His wrath. He shows us His love.

“Because you have kept My command to persevere, I also will keep you from the hour of trial which shall come upon the whole world, to test those who dwell on the earth.” – (Revelation 3:10)

Jesus made a clear promise to His Church, His bride, she would not be a part of the “hour of trial,” the Tribulation…His wrath.

And the kings of the earth, the great men, the rich men, the commanders, the mighty men, every slave and every free man, hid themselves in the caves and in the rocks of the mountains, and said to the mountains and rocks, “Fall on us and hide us from the face of Him who sits on the throne and from the wrath of the Lamb! “For the great day of His wrath has come, and who is able to stand?” – (Revelation 6:15-17)

Only those who have rejected Jesus will hide from Him to avoid His wrath. To the contrary, the Church, His bride, longs to see Him and bow before Him in love.