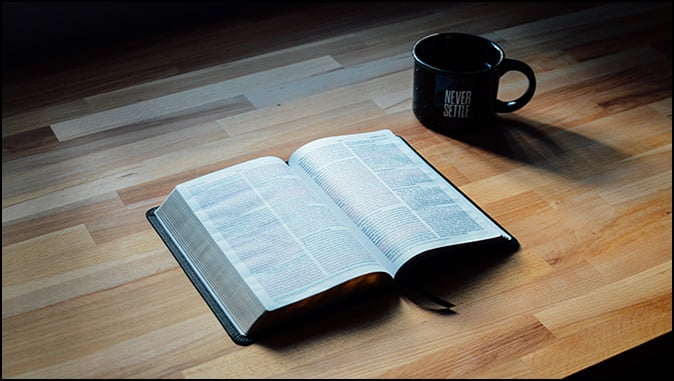 It’s perhaps the fastest growing view of end-times prophecy in the church today, but it deviates greatly from what the Bible teaches about our future. The movement often referred to as the New Apostolic Reformation (NAR) relies more on experience and extra-biblical revelations than it does on the words of Scripture.

Besides NAR, some identify some identify this movement as Dominionism, Third Wave, Latter Rain, Kingdom Now, and Charismatic Renewal.

The leaders of the NAR believe the church will gain control of the world, eventually bring in the millennium, and rule the earth during it. As for Jesus, He will return after the millennial reign of the church.

According to researcher and author Holly Pevic, the NAR is not limited to one denomination or group, but is “rather made up of hundreds of churches and organizations that are led by apostles and prophets who share a distinct theology.” The rapid growth of this end-times theology has been primarily among Charismatic and Pentecostal churches.

Here are 5 dangerous errors of its false teaching that place the movement far outside the realm of sound biblical interpretation.

1. Denies the Sufficiency of God’s Word

It’s not so much that NAR advocates deny the inerrancy of God’s Word, but that they deny its sufficiency. They do this by claiming to add new revelation to the pages of Scripture.

Of course, the Lord speaks to His people today in various ways, but He does not reveal new truths meant for the entire church. That ended with the book of Revelation.

The leaders of the NAR repeat the error of many cults by adding new revelation to the Bible. The Mormons, Christian Scientists, and Muslims, to name a few, base their beliefs on additional illumination their leaders have supposedly received from God.

The apostles of the NAR do the same thing. They fail to heed to the severe warning of Revelation 22:18 by adding new words to the Apostle John’s depiction of both the tribulation and millennium.

Many of the leaders of this rapidly growing movement present themselves as modern-day “apostles and prophets who claim to govern the church and give new divine revelation that is needed to set up God’s kingdom on earth.”

This claim contradicts the words of the New Testament. In Ephesians 2:19-20, Paul describes the church as “the household of God, built on the foundation of the apostles and prophets, Christ Jesus himself being the cornerstone.” We have this foundation in the words that the original apostles and prophets left to us on the pages of the New Testament; this foundation remains totally sufficient for our day.

Jesus laid the foundation for His church with His twelve apostles and the prophets of the first century who revealed Jesus’ words to us, our New Testament. Those in the NAR who claim to be apostles seek to lay another foundation about which the Apostle Paul warns us (1 Cor. 3:10-15).

3. Robs Jesus of His Future Glory

As with all false teaching regarding biblical prophecy, the NAR teaching diminishes Jesus’ future glory and exalts the church over Him during the Millennium.

Revelation describes the exaltation of Jesus as the multitudes in heaven roar with praise as He returns to destroy the antichrist and establish His millennial reign over all the earth (Rev. 19:1-20:10). This is the crowning of the Lamb whom the world rejected at His first coming but will worship and serve at His return to earth.

Jesus will return to earth with great power and brilliant glory as He destroys Satan’s kingdom and establishes His rule over the earth. This is His moment of great exultation when His praise will ring through the heavens as we celebrate His triumph.

The NAR folks rob Jesus of this glory by transferring it to the church. In stark contrast with the book of Revelation, they make the church triumphant during the tribulation. They insist that “the Church will go through the Great Tribulation with great power and victory and will only be raptured at the end of the Great Tribulation.”[iii] Now not all NAR apostles believe in the rapture, but this quote displays the NAR mindset that exalts the church over the Savior.

The NAR teachers steal glory from Jesus by making the end of human history all about the church rather than Jesus’ spectacular return.

Such heretical teachings contradict the words of Scripture. The Apostle Paul instructed the church to submit to government authorities, not become ruling agencies (Rom. 13:1-7; 1 Tim. 2:1-4). The Great Commission consists of proclaiming the Gospel and teaching people in the ways of the Lord (Matt. 28:19-20). Jesus never told His apostles to take over the world; He told us to submit to it.

Scripture proclaims the Lord as the judge of nations during the tribulation and Conqueror of the nations of the world. This glory belongs to Jesus alone.

4. Contradicts the Biblical Assessment of the Last Days

Teachers associated with NAR movement proclaim a view of the last days that varies widely from the words of Scripture, especially those of the Old Testament prophets and the book of Revelation.

The tribulation is a period of the Lord cleansing the world of evil and destroying Satan’s kingdom. The Old Testament included this time of God’s wrath within the “day of the Lord.”

Mike Bickle, on the other hand, believes “that the end-time church will cleanse the earth of evil” stating that “this feat will be accomplished by end-time Christians — under the leadership of apostles and prophets — who will say ‘prophetic’ prayers that will release the Great Tribulation judgments on the kingdom of the Antichrist.” This belief contradicts both words of the Old Testament prophets and the Apostle John concerning this future time of wrath.

Even if one agrees that the church will be present during the tribulation, the book of Revelation portrays the saints as victims of antichrist, not victors. It’s the Lord who will purify the earth of evil and triumph over the kingdom of Satan, not the church. Mike Bickle’s teaching flagrantly contradicts the words of the Apostle John in the book of Revelation.

Like so many other false teachings regarding the last days, the teachings of the NAR misrepresent the church. In a previous section, we saw how they exalt the church over Jesus and give it a purpose that’s totally foreign to the pages of God’s Word.

The Lord never intended for His church to triumph in the current age. He tells us to expect suffering and tribulation. He promises us rewards for our faithfulness that point to His authority in the coming kingdom. In the Parable of Talents in Matthew 25:14-30, it’s Jesus that assigns roles in His kingdom, not the church.

The coming kingdom is all about Jesus. Yes, we will reign with Jesus, but the millennium is all about Christ and His rule over the nations of the world, which the Father promised Him (Psalm 2).

The church shares in Jesus’ triumph; it never triumphs over the world on its own or apart from Him.

As we watch the United States move closer to anarchy at the hands of the Marxist Fascists of our day, it becomes clearer each day that the world is headed for the tribulation. Jesus said we would have tribulation in this world, but the Lord’s wrath during the tribulation is far different.

The prophet Daniel tells us that it’s Jesus who will receive the kingdom from the Father and He is the One rides victoriously back to earth to decimate Satan’s kingdom and establish His rule over the nations (Dan. 7:13-14; Matt. 26:64; Rev. 19:11-20:4).

The NAR doctrines are false; they contradict the teaching of Scripture.

Here is what the Bible teaches:

In Their Right Minds

The Reality of Hell

The Reality of Hell By Howard Green Where will you go when you die? The…

Land of Israel By Dennis Huebshman Genesis 12:7: “The Lord appeared to Abram and said,…

Trust and Obey, for There’s No Other Way

Trust and Obey, for There’s No Other Way By Don Wildmon The Christian life is…

Whatever Happened to Repentance?

Whatever Happened to Repentance? By Howard Green The end result of much of what is…