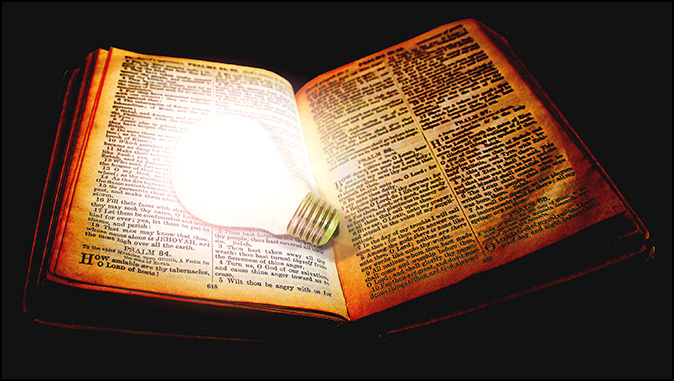 Why Study Prophecy?
By Jack Kelley

“I make known the end from the beginning, from ancient times, what is still to come. I say: My purpose will stand, and I will do all that I please.” – (Isaiah 46:10)

Here’s a question I’m often asked and it’s a good one. If we believe the Rapture will take us away before all the End Times events occur, then why do we need to study prophecy?

There are several good answers to this question. One of the clearest comes from the Olivet Discourse, specifically Matthew 24:15-16. “So when you see standing in the holy place ‘the abomination that causes desolation,’ spoken of through the prophet Daniel–let the reader understand– then let those who are in Judea flee to the mountains.” Even though the Lord was speaking primarily to Israel here, He directed everyone who reads Matthew’s gospel to understand Daniel 9:24-27, a prophecy given to Israel, and the key to understanding End Times prophecy.

Another good reason is that Paul’s letters to the Thessalonians are chock full of End Times prophecy. Every chapter of both letters contains a reference to the 2nd Coming for an average of one every 13 verses. Paul went to such lengths even though it’s pretty clear he had taught them that the rapture would take place before the anti-Christ is revealed. If the Bible really is the inspired Word of God, why did He have Paul describe events on Earth after the rapture if He didn’t think we needed to know them?

And then there’s the Book of Revelation. John shows the Rapture occurring in chapter 4 but then goes on for another 15 chapters, mostly describing conditions on Earth, before re-introducing the Church in Rev. 19. Same question. Why describe events on Earth after the rapture if He didn’t think we needed to know them?

Some say it’s so those left behind at the Rapture can read Revelation and the Thessalonian letters and find out what’s going on to help them endure the End Times. That may be OK for the middle of Revelation, but John’s book begins and ends with the Church in view, and the Thessalonian letters were written specifically to the Church. For some reason, we’re supposed to know how End Times events unfold.

And Here’s The Best One

And that leads me to what I think is the biggest reason. For that we’ll go first to Isaiah 44:6-8.

This is what the LORD says – Israel’s King and Redeemer, the LORD Almighty: “I am the first and I am the last; apart from me there is no God. Who then is like me? Let him proclaim it. Let him declare and lay out before me what has happened since I established my ancient people, and what is yet to come- yes, let him foretell what will come. Do not tremble, do not be afraid. Did I not proclaim this and foretell it long ago? You are my witnesses. Is there any God besides me? No, there is no other Rock; I know not one.”

Here is the two-part test for anyone who would be God. Part one: Accurately recall every event of the past. Part two: Accurately predict every event of the future. Of all the so-called holy writings, only the Bible answers this challenge. Other “gods” require that you take them at face value, offering neither evidence of their existence, nor proof of their trustworthiness. But ours says, “I’ll prove that I’m real and that you should trust me.” He tells us our past (sometimes as personally as Jesus did with the woman at the well in John 4:17-18) and gives us detail about the future that only someone who has already seen it can know. “I make known the end from the beginning,” He proclaims, “From ancient times, what is still to come.” (Isaiah 46:10) He’s chosen this way to authenticate Himself to us because He’s the only One who can do it and be right every time.

This is so we need never be in the position of having zeal without knowledge, (Prov. 19:2) believing passionately but unable to defend our position. When we share the Gospel with someone, and they respond with, “That’s just something you believe,” it’s good to be able to justify our beliefs with a summary of God’s 4000-year track record for truth-telling (the Old Testament) and to explain that someone who’s been that truthful about the past is likely to also be truthful about the future (the New Testament).

When I was a kid in upstate New York, nearly every family went to church on Sunday and ours was no different. We belonged to one of the main line denominational congregations in town. With a few lapses here and there, this habit carried me into adulthood and though I lived in several different places, on most Sunday mornings you could find me in the local version of that same denominational church. But then, two important but unrelated pieces of information came to my attention at about the same time.

The first was from a man who was one of the most influential public speakers of his time and a life long student of human behavior. We happened to share one evening together and over dinner he asked, “Did you know that if you were to devote just one hour each day to the study of any subject that interests you, within 5 years you could be one of the world’s leading experts on that subject.”

The other piece of information came in the form of 3 cassette tapes that were given to me by a friend. It was a series on Bible Prophecy, a compilation of research done over the years by various scholars. Its purpose was to demonstrate that through out the 4,000 years of the Old Testament God had maintained a perfect record of predicting the future to Israel. No matter what set of standards you apply, statistical analysis, rules of evidence, forensic science or whatever, you’ll find that this could not have happened by chance. It could only have been done by someone who can see the end from the beginning, an ability unique to God.

I decided to apply the action step from the first piece of information to the subject matter of the second. Over the next several years I spent hours every day learning all I could about Bible Prophecy. In addition to studying the Bible, I read every view by nearly every respected scholar before forming my own opinion that the pre-trib, pre-millennial view is the one most consistent with a strict literal, historical, grammatical interpretation of Scripture.

If What You Believe Doesn’t Result In Action…

Even though I’ve spent a lot more than one hour a day for a lot longer than 5 years, I don’t claim to be a leading expert on prophecy. But as I studied, the logic of God’s claim from Isaiah 44:6-8 became indisputable. The history of Israel is replete with events first predicted and then performed with faultless accuracy. And when it came to the Messiah, over 300 specific prophecies, given over a span of several thousand years, were fulfilled in detail within one generation, the one in which He lived. And so after nearly 40 years of sitting in church every Sunday, I finally opened my Bible and became born again. I also became convinced that through the study of prophecy He can prove Himself to any reasonable person beyond a shadow of doubt. That’s when I began teaching what I was learning.

No rush of emotion for me, no gushing of tears while I stumbled blindly down the sawdust trail as a choir sang “Just as I am,” but a dead certainty that God has to be Who He says He is, He has to have done what He said He did, and the Bible has to be His inerrant Word. I called it a rush of logic, but the certainty I felt drove me every bit as humbly to the foot of the cross as a teary eyed confession would have, and yet it gave me a staying power that’s often missing in more emotional conversions. I knew what I believed and why I believed it and could explain it clearly to anyone who cared to listen.

As often happens to people who undertake a serious study of prophecy, I concluded that if the 40% of the Bible that’s prophecy can be trusted then the rest of it can be trusted as well, so I began studying it too. I discovered that God made a whole bunch of promises to us, such as His promises to see us through the tough times we can now see coming, and to take us to be with Him before He judges the world. These promises have more meaning because they’re backed up by His proven track record in prophecy.

If you’re not every bit as certain as I am about God, then try a study in prophecy. I bet it’ll galvanize you into action just as it did me, especially as you begin to understand how little time is left. And even if you’re already sure you know who God is, you still have a great reason to study prophecy. But it’s not just so you’ll be better informed about what’s coming. It’s so you’ll feel the urgency to tell your friends about it while there’s still time. Because if you listen carefully, you can almost hear the footsteps of the Messiah.