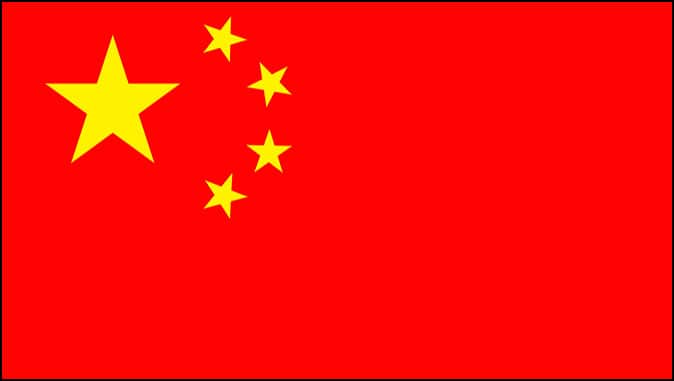 The Kings Of The East
By Jack Kelley

With the current interest in China and the Far East, let’s review what the Bible says about that part of the world in the last days and see if we can tell what it all means.

First, some background. I’ve found that there’s a great deal of mystery about the origin of the people who populate the Far East. Even they don’t know where they came from. The River Euphrates was a formidable natural barrier that inhibited travel and prevented the flow of information and ideas from moving back and forth. The Scythians, a Central Asian people who raided the Middle East, can be traced to Magog and are the fore bearers of today’s Russians, but they came down from the North. The Great Wall of China was once called the Ramparts of Magog and was built to keep the Scythians out of China. This further isolated the Far East and not only clouded their origins in mystery, but resulted in the development of cultures very different from all others.

The oldest Chinese pictograms (their equivalent to letters of the alphabet) contain characters that depict the Creation story and their belief in one God, so we can assume that at the dawn of history they knew of man’s origin, but their culture developed independently of any influence from those west of the barriers we’ve mentioned. Today there’s very little similarity between East and West, and even less goodwill.

As believers, we know that every race of mankind sprang from the loins of Ham, Shem, or Japeth, the three sons of Noah. But from which one did the Asian peoples come? Genesis 10:17 makes mention of a group called the Sinites, descended from Ham through Canaan. And Isaiah 49:12 speaks of the Sinim (same Hebrew root), a people who according to the Strong’s concordance inhabited the extremity of the known world. (Strong’s commentary on the Sinim suggests that it probably refers to the Chinese.) And that’s about all the Bible tells us until we see a reference to the Kings of the East in the Book of Revelation.

Back To The Future

The sixth angel sounded his trumpet, and I heard a voice coming from the horns of the golden altar that is before God. It said to the sixth angel who had the trumpet, “Release the four angels who are bound at the great river Euphrates.” And the four angels who had been kept ready for this very hour and day and month and year were released to kill a third of mankind. The number of the mounted troops was two hundred million. I heard their number. (Rev. 9:13-16)

At the time of the 6th Trumpet, four angels who’ve been stationed at the River Euphrates for this very purpose will be loosed to agitate the leaders of the Far East against each other causing a huge war with massive casualties to mankind. Two hundred million soldiers from the various armies will clash resulting in the deaths of 1/3rd of mankind. 25% of the Earth will already be under judgment causing much bloodshed and death (Rev. 6:8), and now nearly 2 billion people will perish in this war.

But since the traditional barrier between East and West, the River Euphrates, is not dried up to make way for them to swarm into the Middle East (we’ll see that in Rev. 16) I believe that this judgment is primarily against the 60% of the world’s population that lives East of the Euphrates. There’s no mention of them tangling with anyone out side the region, so this could be a war for supremacy among the Far Eastern nations, as well as a forging of alliances in preparation for the coming attempt to grab the Middle East and all it’s resources.

With the conflicting religions, the crowded conditions, and the abject poverty, that area of the world is always ripe for conflict, so it won’t take much to stir them up against each other. And since China, India, Pakistan, Russia, and North Korea are already nuclear powers it’s easy to project huge casualties.

The sixth angel poured out his bowl on the great river Euphrates, and its water was dried up to prepare the way for the kings from the East. (Rev 16:12)

By the time of the 6th Bowl judgment, the anti-Christ’s plans to control the world will be falling apart and the Kings of the East will be thinking that it’s every man for himself. Like I said, there’s no good will between East and West. I think this is when they will move to seize control of the Middle East.

Remember, Daniel 11:40-45 tells us that after the King of the North (Syria, Iraq, Iran) and the King of the South (Saudi Arabia, Egypt) mount unsuccessful attacks against the anti-Christ, there will be reports of troop movement from the East (China, etc.) and North (Russia) This is the run-up to Armageddon and the anti-Christ will locate his headquarters in Israel to direct his response to this new threat.

Of course we know that while all the world’s attention is focused on these opposing forces, another army will be rushing forth to join the fray. But this one is unlike the others. In the first place it will come out of the sky. In the second place everyone will be dressed in white linen, and in the third place only its leader will fight. His weapon is His Word and with it He will slay all these earthly armies in their tracks (Rev. 19:11-21).

Will The Circle Be Unbroken?

The focal point of Life on Earth originated in the Middle East and was centered there for thousands of years. Then came Gentile Dominion and the focus began moving westward. From Babylon and Persia, world dominance moved to Greece, then Rome, then Spain, England, and now across the Atlantic to America. Some observers say its next move will be to the Far East and finally back to the Middle East for the conclusion of history, having come full circle.

There are several indicators that support this observation. China boasts the world’s fastest growing economy, and on the whole Asian economies are growing at a rate exceeding the world’s average. Since growth attracts capital, money has been moving into Asia in record amounts. Chain has also been buying gold in record amounts in what some observers see as a coming attempt to replace the dollar as the world’s reserve currency. The Secretary General of the UN is from Korea. India is a world center for “Knowledge Process Outsourcing”. There are more Christians being born again in the Far East than in any other part of the world. Three of the four most populous nations in the world are in the far East (China, India, and Indonesia), as are almost half of the top 25. As I said, estimates place 60% of the world’s population in Asia. This could very well be the beginning of their time.

We Are Living in Biblical Times (Part 1 of 4)

We Are Living in Biblical Times (Part 1 of 4) By Nathan Jones David Reagan:…

We Are Living in Biblical Times (Part 2 of 4)

We Are Living in Biblical Times (Part 3 of 4)

We Are Living in Biblical Times (Part 4 of 4)

How Close is the Second Coming?

How Close is the Second Coming? By Britt Gillette The past year has been a…