Henry Kissinger once said that political power is the ultimate aphrodisiac. He should know. He was for many years at or near the very top on that political leadership chain that wields such power. Some believe he remains so today, even into his nineties. 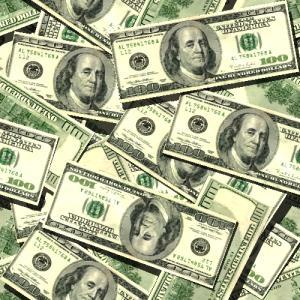 Power is the one thing for which the global elitists lust. It has been that way since Nimrod first thought to establish one-world order on the plains of Shinar those millennia ago. The constant, incessant drive since the time God intervened and scattered the would-be globalist government architects at Babel has continued to be construction of humanistic world order under the absolute authority of a small number of power brokers.

Daniel the prophet and John the revelator both saw the same composite beast coming out of the sea of humanity at the very end of history. Each vision represented a single-governing, global entity. Daniel, in particular, saw that the monster was the composite of great world empires of the past.

Daniel spake and said, I saw in my vision by night, and, behold, the four winds of the heaven strove upon the great sea. And four great beasts came up from the sea, diverse one from another. The first was like a lion, and had eagle’s wings: I beheld till the wings thereof were plucked, and it was lifted up from the earth, and made stand upon the feet as a man, and a man’s heart was given to it. And behold another beast, a second, like to a bear, and it raised up itself on one side, and it had three ribs in the mouth of it between the teeth of it: and they said thus unto it, Arise, devour much flesh. After this I beheld, and lo another, like a leopard, which had upon the back of it four wings of a fowl; the beast had also four heads; and dominion was given to it. After this I saw in the night visions, and behold a fourth beast, dreadful and terrible, and strong exceedingly; and it had great iron teeth: it devoured and brake in pieces, and stamped the residue with the feet of it: and it was diverse from all the beasts that were before it; and it had ten horns. I considered the horns, and, behold, there came up among them another little horn, before whom there were three of the first horns plucked up by the roots: and, behold, in this horn were eyes like the eyes of man, and a mouth speaking great things. (Daniel 7:2-8)

John prophesied the following through his Patmos vision: And I stood upon the sand of the sea, and saw a beast rise up out of the sea, having seven heads and ten horns, and upon his horns ten crowns, and upon his heads the name of blasphemy. And the beast which I saw was like unto a leopard, and his feet were as the feet of a bear, and his mouth as the mouth of a lion: and the dragon gave him his power, and his seat, and great authority. (Revelation 13: 1-2)

It is clear that the great prophets Daniel and John were given almost identical visions of the monstrous hybrid entity that will one day crush all of humanity under its massively destructive power. Representing all of the great humanistic empires of history, the satanically driven final world empire will have at its head a single mouth–that of Antichrist–the first beast of Revelation 13. That mouth will speak “great things,” meaning it will propagandize the world’s inhabitants to such an extent that they will believe a great lie that will deceive all but the very elect of God–those saved during the Tribulation era (2 Thessalonians 2:11-12).

To anyone with eyes to see and especially with ears to hear, we are witness today of the development of that great power to deceive. The globalists are shouting with the all-in assistance of the world’s media and through actions that are louder than mere words. They want to transform the world into the new Babel–a neo-Nimrod platform upon that will erect, at least symbolically, a tower even more powerful and all-encompassing than that Tower of Babel of antiquity.

This, to me, is what is among the most troubling in this presidential election. There is a clear distinction between the directions the two major candidates want to go with regard to how America will be governed for the next four years.

The power struggle is immense. One candidate claims that he wants to begin returning the United States to the leadership of the world of nations, with maintenance of traditionally distinctive borders and ways of dealing internationally.

The other candidate’s driving imperative is clearly to continue taking America down the path of deconstructing national boundaries and forcing slavish adherence to more and more internationalist regulations. She is adamantly determined to bring this nation into compliance with the globalist, one-world design.

I say that to me this is especially troubling because Bible prophecy clearly presents that a beastly composite, world order will one day come to pass, if but for a short time. National autonomy and sovereignty will therefore have to at some point diminish and ultimately vanish.

Those of us who want to see America and other nations maintaining–or I should say returning–the international order to like it has been in the recent past seem on the wrong side of Bible prophecy. The globalists seem on the winning side, in that sense.

This election will supposedly determine whether we will go one direction or the other with regard to whether we will live under the U.S. Constitution or under Global Agenda 21 or 30, or whatsoever it’s called now.

Lucifer lusted after God-like power (Isaiah 14:14). All of fallen mankind since the time of the Garden of Eden has clamored for God-like power, which Satan promised through his original deception to Eve. Today, with a U.S. presidential candidacy that threatens to disrupt their one-world agenda, there is a desperate effort to hold to power in Washington, D.C., in the U.N., and in the echelons of principalities and powers in high places (Ephesians 6:12).

The die is cast, as Shakespeare would put it. The new world order is coming. It’s just a matter of when. Will it come during this presidential election cycle?

I believe the answer to that might depend upon the born again of this nation.

According to Paul’s prophecy in 2 Thessalonians, the Restrainer (the Holy Spirit resident within each individual believer in Jesus Christ) will restrain until He (the Holy Spirit) is taken out of the way. Then all-out iniquity will fill the vacuum left in the wake of His removal as Restrainer.

It is incumbent upon each of us as believers, therefore, to appropriate that Power of restraint against those who would bring about the Antichrist, globalist power base for as long as we serve as Royal Ambassadors upon this judgment-bound planet.

The power of prayer is beyond anything the finite mind can fathom. Let us use the privilege we have been given to exercise this great weapon against the ultimate evil Satan plans for humanity.

First They Came for Confederate Generals, Then for Black Conservatives

First They Came for Confederate Generals, Then for Black Conservatives By Daniel Greenfield The Benjamin…

Pining for Fig Leaves Obama partisans fret as Saudi Arabia, Israel and the US confront…

No One is Born ‘Gay’

No One is Born 'Gay' By Dr. Michael Brown If there was reputable scientific evidence…