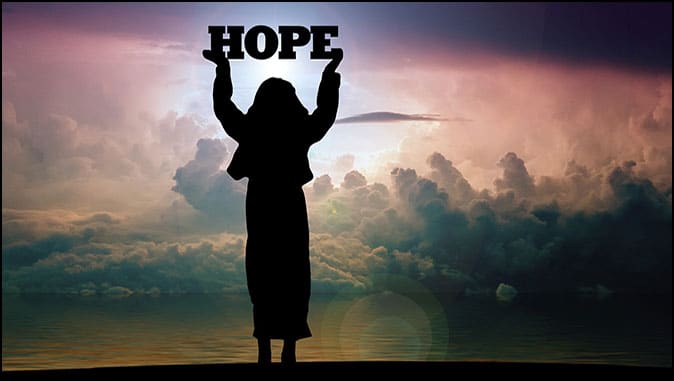 I would go crazy if not for the words of Scripture. I emphasize “words” because that remains Satan’s chief target as it has been through the ages. In the Garden of Eden, he challenged the veracity of God’s Word and his tactics remain unchanged to this day.

Paul wrote this about the prominence of deception in the last days in 1 Timothy 4:1, “Now the Spirit expressly says that in later times some will depart from the faith by devoting themselves to deceitful spirits and teachings of demons, through the insincerity of liars whose consciences are seared.” “Teachings,” of course, come to us through words that our adversary twists to further his deception of the saints.

Notice the reference to seared consciences. The medical term “cauterize” comes from the Greek word for “seared.” Medically, it refers to destroying tissue to stop bleeding. Spiritually, it refers to a loss of sensitivity to the truth that makes one easily deceived by the “teachings of demons.”

We see this in the world; we all know someone so entrenched in the spirit of this age that they have become incapable of receiving the truth. We cannot have a conversation with them apart from being subject to untrue accusations.

Sadly, this same deceptive spirit has crept into the church via a relentless attack on the words of Scripture that has “seared” the receptivity of many to the truth, especially in the area of biblical prophecy. Once our adversary has successfully attacked truth in the area of future things and this has given him an opening to attack Biblical texts related to morality and even the Gospel.

It’s the words of Scripture, however, that give us hope today. Its prophetic texts long ago predicted the lawlessness, violence, and wickedness that we see consuming our world. It’s through words that the Lord assures us of our hope in His appearing and of His intent to judge the rampant wickedness of our day. Words form the basis of our “blessed hope” (Titus 2:11-13) and describe our future home in the eternal state (see Revelation 21-22).

However, our adversary, the father of lies, works relentlessly to keep our hope of a glorious paradise shrouded in a cloud of doubt.

The use of allegory to interpret Scripture began with Philo, an Alexandrian Jew who lived during the time of Christ. He admired the teachings of the philosopher Plato who taught that all matter was evil and only the spirit realm was good.

Much to the dismay of the Rabbis of his day, Philo allegorized the Old Testament in order “to offer the Greeks the best of Judaism and the Jews the best of Greek philosophy.” Philo reinterpreted God’s Word with the use of allegory to make it comply with Plato, the pagan philosopher.

Philo’s symbolical approach to Scripture later became the pattern for a “new school of theological thought” within the church.” In the second century AD, two Christian teachers from the city of Alexandria copied Philo’s allegorical approach to God’s Word, Clement (AD 150-215) “embraced Greek philosophy and maintained that Scripture must be understood allegorically so as not to contradict it.” Origen (AD 185-254) used allegory to make the teachings of the Bible comply with Plato’s dualism.

Clement and Origen dismissed the idea of the millennium because its abundant material blessings contradicted the teachings of Plato and explained them away with the use of allegory. Augustine, also an admirer of Plato, adopted the allegorical methods of Alexandria and with his popularity expanded the compromised teachings of Origen to the whole of the organized church.

Both Luther and Calvin recognized the considerable damage the use of allegory had done to the purity of the Gospel. Calvin characterized the allegorical approach to God’s Word as “satanic” because it led people away from the truth of Scripture. Luther joined with Calvin in firmly denouncing the use of such symbolism to interpret God’s word.

However, it was not until a century later that teachers began to apply the Biblical interpretation methods of the Reformers to prophecy and the revival of premillennialism began in the church.

“What’s the big deal?” one might ask. “How does allegory rob believers today of hope?”

It does so by calling into question the foundations of their Gospel hope, that of Jesus’ appearing and our reign with Jesus in His kingdom. If Revelation 20:1-10 does not mean what it says, how can we trust the words of Revelation 21-22 and in particular those of 21:4?

Allegory shrouds the Gospel hope of the saints in a dense fog of uncertainty.

If Clear Prophetic Texts Do Not Mean What They Say…

Amillennialists tell us that God has forever rejected the nation of Israel and replaced her with the church. This, however, contradicts the words of Romans 11:1-2a, “I ask, then, has God rejected his people? By no means! For I myself am an Israelite, a descendant of Abraham, a member of the tribe of Benjamin. God has not rejected his people whom he foreknew.”

Do you see the uncertainty this adds with just this one instance of words not meaning what they say? Paul says, “God has not rejected his people” and yet those who advocate replacement theology tell us He has done exactly that.

In 1 Chronicles 16:14-18, David verifies the permanent nature of God’s promise of the Land to Abraham, Isaac, and the descendants of Jacob. In verse 17, the Lord refers to this covenant as “everlasting.”

God could not make any clearer the permanence of His covenant of the land with Israel than He did in this text. Why would He say the promise of land is “an everlasting covenant” if He did not intend for it to be “an everlasting covenant?” And if the Lord says a covenant is “everlasting” then it is most certainly “everlasting,” it will never come to an end. If we cannot take the words of Scripture for what they say, then upon what does our hope for eternal life rest?

The words of Isaiah 9:6-7 provide a clear picture of the future Messiah. No one doubts that Jesus came into the world as a baby as verse 6 tells us. Christ literally fulfilled this prophecy. It’s also clear from this passage that the Messiah will someday sit on the “throne of David” and rule over a physical kingdom. The naysayers of our hope, however, look at us with a straight face and tell us it does not mean that Jesus will sit on the “throne of David.”

We do not need Lieutenant Columbo to tell us the confusion that arises when someone tells us that the words of Scripture do not mean what they say.

Our hope as Bible-believing followers of Christ is based on the words of Scripture and God’s promise to us of everlasting life.

The Certain Hope of Bible Prophecy

The apostle Paul, in Philippians 3:20-21, places our imminent expectation as New Testament saints squarely on the appearing of Jesus, “But our citizenship is in heaven, and from it we await a Savior, the Lord Jesus Christ, who will transform our lowly body to be like his glorious body, by the power that enables him even to subject all things to himself.” The word for “await” in the Greek signifies an intense eager anticipation of a future event.

The New Testament is clear; Jesus is coming to take His own to the place He has prepared for us (John 14:1-3). As I explain in other articles, this cannot be the Second Coming. If the words of Scripture matter, and they do, the rapture and Second Coming must point to separate and unique events.

Only a literal understanding of Bible prophecy puts the events of our world in a proper perspective that relieves the fears of believers.

What we now see in our world is what the Lord said would happen in the last days and that like birth pains, these things will get much worse before Jesus returns to earth (Matt. 24:8). The wickedness and vileness all around will dishearten us at times, but we know these things must happen because that is what God’s word says would happen. Since biblical prophecy so accurately predicted the mad rush to a New World Order that we see today, we can be certain of its assurance of glorious new day for us.

Jesus is coming soon to take us home (John 14:2-3). He’s not coming to be where we are at but is coming to take us to be where He is, that being His Father’s house in heaven. We may suffer in the coming days and perhaps face much physical danger, but we have a sure hope that Jesus is coming for us because that is what the words of Scripture promise us!

Pastor Tom Hughes recently stated a statistic that only two present of millennials today have a biblical world outlook. Admittedly, many reasons exist for this sad number. But could this also be the result of them growing up in churches where the words of Scripture did not really mean what they say?

The heart of biblical worldview is knowing the prophetic context for what we see today and that we find in the words of Scripture. Once pastors or teachers undermine those words with a future that rejects the Lord restoring a future kingdom for Israel, it’s not long before a false worldview takes a hold of those in the pews, one that ignores how current events line up the words of the Bible.

You see, it’s the words of the book of Revelation that warn us of the nearness of the tribulation, provide a biblical context for what is coming, and give us assurance of the Lord’s ultimate victory over the wickedness of the world, Satan, and death.

The same words of biblical prophecy assure us of Jesus’ appearing to take us home to the place He’s preparing for us ahead of the time of wrath that’s coming on the world.

I cannot speak for anyone else, but it’s the words of Scripture alone that keep me sane as I watch demon-controlled anarchists and globalist relentlessly deceive people and work for the destruction of the United States so they can submit its people to a Marxist totalitarian New World Order. It’s because regardless of what happens here below, I know a better day is coming. Paradise will begin the moment Jesus appears and we depart from the earth for a little while.

Jewish Preparations for the Messiah (Part 5 of 5)

Jewish Preparations for the Messiah (Part 5 of 5) By Dr. David Reagan Temple Readiness…

Jewish Preparations for the Messiah (Part 4 of 5)

Jewish Preparations for the Messiah (Part 4 of 5) By Dr. David Reagan The Sanhedrin…

Jewish Preparations for the Messiah (Part 3 of 5)

Jewish Preparations for the Messiah (Part 3 of 5) By Dr. David Reagan The Ark…

Jewish Preparations for the Messiah (Part 2 of 5)

Jewish Preparations for the Messiah (Part 2 of 5) By Dr. David Reagan The Temple…

Jewish Preparations for the Messiah (Part 1 of 5)

Jewish Preparations for the Messiah (Part 1 of 5) By Dr. David Reagan End-time Bible…

The End Times According To Ezekiel – Part 7 Conclusion