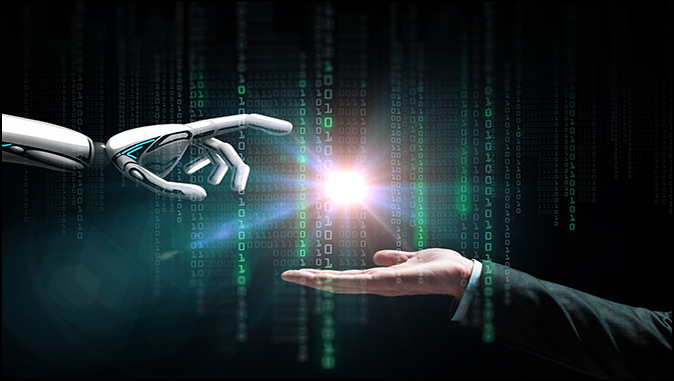 The internet of things has already been set up for him and all he has to do is hack into it and take control holding the world hostage, that’s singularity. Who will be the one who gets uploaded, will it be Elon Musk who has just this year taken the lead as the richest man in the world, or maybe Jeff Bezos 2nd place or Bill Gates in 4th place or Mark Zuckerberg 5th place or even George Soros? He then causes all to take the mark of the beast in order to buy or sell. This has to be a digital currency as he cannot control cash. With blockchain technology, every monetary unit can be tracked and backtracked from when it is created until forever forward. There will be no financial transaction beyond his control. 5G or maybe 6G or quantum teleportation will play a part in this as 4G just doesn’t have the oomph to handle all the transactions as well as GPS etc. Anyone who does not take the mark will likely be hunted down and killed, at the very least, they will not be able to participate in society or rent, buy food, clothing, supplies, medicine, etc. Chapter 14 of Revelation tells us what happens to those who do take the mark or number of his name, the smoke of their torment will ascend up forever and ever and they will have no rest day nor night in the lake of fire.

China has been rising in power in the last few decades and has excelled in hacking and stealing information, their goal is clearly to rule the world. They also have been working on creating super soldiers using CRISPER technology, but they don’t show up in Bible prophecy until just prior to the battle of Armageddon in the book of Revelation. Perhaps China will be the country that comes up with the prophesied 200-million-man army of robots and super soldiers. Revelation 16:12-14,16; “And the sixth angel poured out his vial upon the great river Euphrates; and the water thereof was dried up, that the way of the kings of the east might be prepared. And I saw three unclean spirits like frogs come out of the mouth of the dragon, and out of the mouth of the beast, and out of the mouth of the false prophet. For they are the spirits of devils, working miracles, which go forth unto the kings of the earth and of the whole world, to gather them to the battle of that great day of God Almighty. And he gathered them together into a place called in the Hebrew tongue Armageddon.” The kings of the east is China and perhaps India and North Korea.

It appears that China has come to battle against the Antichrist but Jesus comes in the air they all turn on Him and He destroys them with the sword of His mouth at the end of the tribulation. Revelation 17:12-14; “And the ten horns which thou sawest are ten kings, which have received no kingdom as yet; but receive power as kings one hour with the beast. These have one mind, and shall give their power and strength unto the beast. These shall make war with the Lamb, and the Lamb shall overcome them: for he is Lord of lords, and King of kings: and they that are with him are called and chosen, and faithful.” The ten kings are the revived Roman Empire. Revelation 19:14,15; “And the armies which were in heaven followed him upon white horses, clothed in fine linen, white and clean. And out of his mouth goeth a sharp sword, that with it he should smite the nations: and he shall rule them with a rod of iron: and he treadeth the winepress of the fierceness and wrath of Almighty God.”

It’s no wonder that Daniel was told to seal the book until the time of the end, no one stood a chance of understanding it until the fourth industrial revolution. Everything is just about in place for all this to take place. We are the generation that will see these things happen as indicated by Jesus in Matthew 24:32-34. These things are in our future very soon. Russia, Iran, and Turkey are in alignment for the 1st time in history and positioned in Syria just north of the mountains of Israel where God will destroy them and their economies are strapped, they need Israel’s wealth. Also, we have had one million and three hundred thousand abortions worldwide in the 1st 11 days of 2021. Jesus said; “Daughters of Jerusalem, weep not for me, but weep for yourselves, and for your children. For, behold, the days are coming, in the which they shall say, Blessed are the barren, and the wombs that never bare, and the paps which never gave suck. Then shall they begin to say to the mountains, Fall on us; and to the hills, Cover us.” Luke 23:28-30. Can there be any doubt as to the time frame indicated here? Never before has the barren, the wombs that never bare and the paps which never gave suck been called blessed as they are today with all the abortions and the vaccines causing sterility in women on purpose by the global elite with their depopulation agenda.

To top it off, the last sentence here in Luke is identical to the book of Revelation where He is pouring out His wrath, Revelation 6:16, which He did not reveal to John until 63 years after His quote in the book of Luke.

God sees the end and has declared it so that when we see these things happening, we will know that He is Lord therefore, Satan studies God’s word in order to know what is coming and develop a battle plan. Throughout history, Satan tried to corrupt or destroy the bloodline through which the promised Messiah would come to stop Him from coming. Before the flood, the fallen angels corrupted the DNA of mankind but Noah was perfect in his generations (DNA). Genesis 6:4,9. Then all through the old testament, he tried to destroy the Hebrews. Having failed to stop the Messiah coming he still tries to destroy all the Hebrews to stop Christ from returning as Christ said to the Jews; “Ye shall not see me henceforth, till ye shall say, Blessed is he that cometh in the name of the Lord.” Matthew 23:39. If there are no Jews to say this, then Christ would be a liar if He returned.

Satan knew in the late 1800s that his time was short when he saw the Jews returning to Israel and the mountains of Israel responded to the Jews, the rains began, the Jews drained the swamps and irrigated the deserts turning the land into a thriving country for the first time in 1800 years. Ezekiel 36:8. He then initiated the world wars to eliminate the Jews, but God took what was meant for bad and turned it for good. God had deliberately kept Israel barren but the Ottoman Empire ruled over it not allowing the Jews to return. God used world war I to remove the power of the Ottoman Empire in order to bring back His people. He used world war II with six million Jews slaughtered to convince the world that the Jewish people needed a homeland. Satan tries to make God a liar but his efforts end up fulfilling God’s prophecies.

Having failed in his attempts to wipe out the Jewish race in the wars, Satan began to put his minions in positions of power to bring in his NWO, a global reset. Notice the progression.

In America, Satan managed to infiltrate the Democrat party 1st but has made great headway into the republican party. He has all but taken over the schools, colleges, media, judges, state governments, CEOs of large influential corporations and churches with his socialist (communist) agenda. At first, he stayed in the shadows while America slept but today, he has so many placed in authority he is bold in proclaiming his agenda.

Climate change and covid-19 were created with many purposes among which is to destroy the economy and power of America, bring in their one-world government, a digital currency, the Antichrist, and the mark of the beast. That is just a summary as the details reveal that this one-world government is a wild beast on steroids, the worse time in the history of the world. Matthew 24:21.