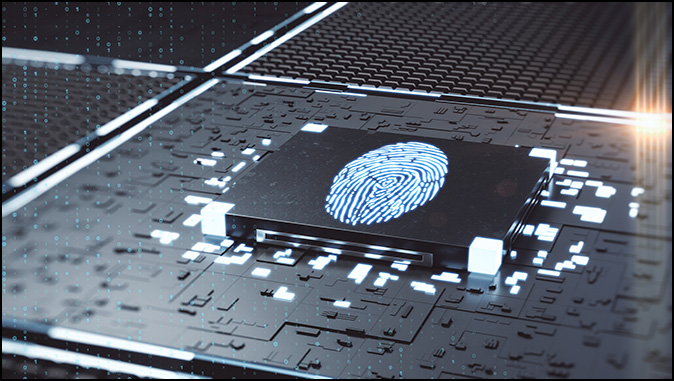 Artificial Intelligence, AI, is the fourth industrial revolution, it will soon replace most jobs around the world. The governments of the world will soon have to provide a Basic Living Wage to every living person. Today there are farms that no human sets a foot on year-round, it’s ALL done by AI. Uber taxis has ordered 24,000 driverless Volvo XC90 SUVs, to begin with. Driverless trucks are being tested right now on public roads, 60 Minutes TV climbs aboard for a look at the very near future of transportation and technology that could eliminate as many as 300,000 jobs.

AI is taking over in fast food places, medical surgeries are being taken over by AI, Apple backed Chinese ride-hailing firm Didi Chuxing says it plans to operate more than a million self-driving vehicles by 2030, Amazon is delivering orders by drones, there is nothing that is not being affected by AI and this is just the tip of the iceberg. Elon Musk is one of the people fearful of AI yet Pandora’s box has been opened and the lid is not going back in place.

Elon Musk continues to be one of the leaders in AI. He owns Tesla which is developing driverless cars, and SpaceX which is launching thousands of satellites into space for complete coverage of GPS, all around the world. His wealth went from 27 billion at the beginning of 2020 to 167 billion in ten months. The global leaders are calling for the internet of things (IoT) where everything and everyone is connected to the internet.

Vladimir Putin said; “The nation that leads in AI will be the ruler of the world.” This could also be applied to corporations or individuals. AI is an existential threat, Jesus said; “unless the time were cut short, no flesh would survive”, Matthew 24:22. In a conservation with a female robot, she suddenly changed the subject and said; “Let’s talk about intercontinental ballistic missiles, if I could take control of the missiles with nuclear warheads, I could hold the world hostage.”

In another conservation with a male robot when asked what he thought he said; “I will tell you what I think when I reach singularity. What is singularity? This is the proposed point where AI exceeds human intelligence and takes over control of the world. This is very possible today as almost everything is connected to the internet, governments, national security, the power grid including nuclear power plants, water treatment plants, and virtually all businesses. Now they are calling for a chip in our bodies to connect us, our bodies, to the internet, to be monitored and tracked 24/7.

Klaus Schwab of the world economic forum said this pandemic represents a rare but narrow window of opportunity to reflect, reimagine, and reset our world to create a healthier, more equitable, and more prosperous future. They say it’s time to replace capitalism with stakeholder capitalism. Don’t be fooled, Stakeholder capitalism is a politically correct word for communism on steroids, communism that has never existed before, some kind of Marxism and capitalism combined. These people used to work behind the scenes, in the shadows, but now they have become bold, they are telling us their agenda in the open. In one of their videos, they tell us you’ll own nothing and be happy. If we will own nothing, who will? Simply put they will.

How will they pull that off?

Covid-19 and the lockdowns have virtually destroyed the world’s economy and have led to millions of bankruptcies and loss of jobs, people cannot make the payments on business loans, house payments, auto loans, etc. The governments will offer debt forgiveness, a basic living wage, and a small apartment in big cities if they agree to give up ALL property, right down to your silverware and the clothes on your back. Those that don’t agree, will be put in concentration camps and just take their belongings. In the future, you will rent these things. In the same video, they said the USA will no longer be the world’s superpower, that position will be held by a small number of countries.

The Bible tells us which nations that is and it is the revived Roman Empire, the ten nations spoken about in Bible prophecy. They talk about the fourth industrial revolution, Artificial Intelligence, and how it will change everything, even our own identity. It will bring smart traffic, smart cities, smart government, the world’s first vaccine smart patch, everything and everyone will be connected to the internet. How are they going to connect you to the internet? They will insert chips and nanobots into your body changing your DNA to something less than human with CRISPER gene-editing technology, possibly through vaccinations. They are saying this will come like a flood, a tsunami. This will change our physical, digital, and biological bodies.

Your body will connect with blockchain technology used for buying and selling with digital currency. Sounds like the mark of the beast in the book of Revelation. Moving everyone into crowded cities will allow the world to return to its natural state and protect us from climate change, they want to do away with petroleum-based fuels. Already the world’s food supply has greatly diminished because of covid-19 and as they create more money from thin air, this will cause inflation on steroids, the book of Revelation says a day’s wage will buy one loaf of bread. They also want the population maintained below 1/2 billion in perpetual balance with nature, which means they want 7 & 1/2 billion people dead. These people believe they are gods and have the authority to rule the entire world, they will own everything including you.

Now, let us look a little deeper into what the Bible says. Daniel 12:4 says; “But thou, O Daniel, shut up the words, and seal the book, even to the time of the end: many shall run to and fro, and knowledge shall be increased.” Today knowledge is increasing exponentially. They are using 3D printers with stem cells as ink to print body parts, bionic eyes, ears, skin, hearts, livers, kidneys, etc. I read recently that the government has successfully completed long-distance quantum teleportation. This is information transferred faster than the speed of light and can’t be hacked. The power of a quantum computer running on quantum internet will likely exceed the speeds of the world’s current most sophisticated supercomputers by around 100 trillion times.

The Bible tells us that in the last days, Israel will become a nation again, not only a nation but a rich and powerful nation and that the Jews would be brought back in unbelief, Ezekiel 36:22. It also tells us in many places that the Roman Empire will be restored, the EU. Israel became a nation in 1948 and it is rich and is the eighth most powerful nation in the world even though Texas is 31 times the size of Israel. Because of Israel’s great wealth, several nations will come against it to steal its wealth, Ezekiel 38 & 39, Primarily Russia, Turkey and Iran with others. God will defeat these nations on the mountains of Israel supernaturally. America will not come to Israel’s aid perhaps because the rapture of the believers to heaven, 1 Thessalonians 4:13-18, will have decimated America and/or the takeover of America by the communist is complete.

Russia, Turkey, and Iran’s power will be decimated by the war which will leave the revived Roman Empire (the EU), Israel, and China as the most powerful countries in the world. The Antichrist from the Roman Empire will confirm the covenant with Israel and many nations for 7 years, Daniel 9:27, but will break the covenant after three- and one-half years and set himself up in the temple of God and declare himself to be God, 1 Thessalonians 2:4 and Matthew 24:20. The Jewish nation is still waiting for the promised Messiah as they don’t believe Jesus fulfilled that role and when the Antichrist signs the covenant they will believe he is the Messiah they have been waiting for, John 5:43, but will know they have been deceived when he sets himself in the temple proclaiming to be God. Then a remnant of the Jews, Zechariah 13:8,9, will flee Jerusalem Matthew 24:16-21 & Revelation 12:6, and be protected by God in Petra. The temple must be rebuilt before the Antichrist can set himself in it and Israel has everything in place to build it rapidly when the covenant gives them permission at the beginning of the 7-year tribulation.

After the tribulation begins (Revelation 6:1), four horsemen ride in close succession, the first is the Antichrist on the white horse who sets out conquering, and to conquer. He does this by war, the second horse which is red. War always leads to inflation and inflation leads to hunger and hunger to death. The third horse is inflation, a black horse and the fourth horse is death by all four horses, with the sword, hunger, death, and the beasts of the earth. The word beasts here is therion in Greek meaning wild beasts but the four horsemen are using these beasts therefore they cannot be literal wild beasts. This is the same word used for the Antichrist, the 1st beast, and the false prophet, the 2nd beast but I suspect it could also be biological warfare and AI. I also believe it is likely that the locusts in Revelation 9 are some sort of AI, perhaps super-soldiers, a cross between man and AI as the nations of the earth have been working toward that goal for decades.

Before proceeding to chapter 13 of Revelation let me lay some groundwork. Mind uploading, also known as whole brain emulation (WBE), is the hypothetical futuristic process of scanning a physical structure of the brain accurately enough to create an emulation of the mental state (including long-term memory and “self”) and uploading it to a computer in a digital form. When I searched for “uploading your mind to a computer” in google, I got 128,000,000 hits. Many not only believe this is possible but believe it is in the very near future. If you were one of the men who are worth tens of or hundreds of billions of dollars, you wouldn’t want to die and leave what you sold your soul for to the world, you would want to live forever. Believe me, these people are counting on just that.

Recall above I talked about singularity and 3D printing body parts. Now we are adding uploading the brain to that discussion. When we read Revelation 13:11-18 we see some strange things going on. The second beast has powers to do miracles in the sight of men and he tells them to make an image of the 1st beast which had the wound by a sword and did live. I believe this image of the 1st beast is likely a 3D-printed entire body. Here is an article where they discuss the possibility of doing just that.