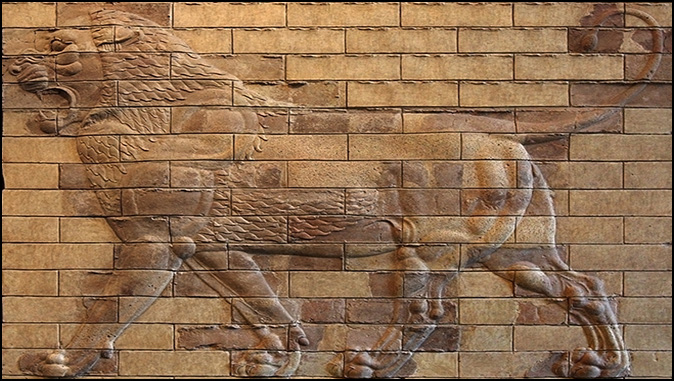 A Prophecy About Elam
By Jack Kelley

This is the word of the Lord that came to Jeremiah the prophet concerning Elam, early in the reign of Zedekiah king of Judah: (Zedekiah ruled the Southern Kingdom from 597 to 586 BC).

This is what the Lord Almighty says:

“See, I will break the bow of Elam, the mainstay of their might. I will bring against Elam the four winds from the four quarters of heaven; I will scatter them to the four winds, and there will not be a nation where Elam’s exiles do not go. I will shatter Elam before their foes, before those who want to kill them; I will bring disaster on them, even my fierce anger,” declares the Lord. “I will pursue them with the sword until I have made an end of them. I will set my throne in Elam and destroy her king and officials,” declares the Lord. Yet I will restore the fortunes of Elam in days to come,”declares the Lord. (Jeremiah 49:34-39).

Shem, a son of Noah, was the father of all the Semetic people (primarily Jews and Arabs). Elam was Shem’s oldest son (Genesis 10:22). He was born after the flood and was the patriarch of the Elamites. His descendants settled in the valley between the north eastern shore of the Persian Gulf and the Zagros Mountains, where some believe Noah’s ark might have come to rest.

(Genesis 11:2 says that after the flood the new population of Earth spread out from the east. They found a plain in Shinar and settled there. This plain is where the Tirgis and Euphrates Rivers flow parallel to each other toward the Persian Gulf. It became known as Mesopotamia which means “between the rivers.” The Zagros mountains are due east of Mesopotamia whereas the mountains of Ararat, traditional location of the Ark, are several hundred miles to the north.)

Elam’s capital city, Susa, was one of the world’s first post flood cities, and was a regional center off and on for many centuries before being destroyed by Ashurbanipal, the last of the great Assyrian Kings, in 647 BC. As was the custom of Assyrian kings, he removed many of the surviving Elamites from their homeland. He took them to the former Northern Kingdom of Israel, which had been conquered by Assyria 74 years earlier, where they were resettled among the Israelites who remained there.

That Was Only The Beginning

But this did not fulfill Jeremiah’s prophecy, which wouldn’t even be given for at least another 50 years. Susa was rebuilt, only to be conquered again, this time by the Persian King Cyrus. It was rebuilt again and renovated by King Darius the Great to serve as the capital of the Persian Empire. Susa was mentioned in Daniel 8:2 as the location where the prophet received a vision recorded in Daniel 8 of the subsequent conquest of the Persian Empire by Alexander the Great. This prophecy was fulfilled two hundred years later when Susa surrendered without a battle to Alexander.

Daniel 8:2 identifies Susa as being in the province of Elam, indicating it was already a part of the Persian Empire at the time. From this brief history it appears that all but the last verse of Jeremiah’s prophecy was fulfilled in the Assyrian and Persian conquests. By the way, Daniel was buried in Susa and his tomb has been preserved to this day because he has always been highly revered among the Persian people.

Who Are These People?

A case can be made for the view that “Persian” and “Elamite” are not two names for the same people but that having conquered Elam, Persia became the successor to Elam, whose original inhabitants, as Jeremiah’s prophecy indicates, have been scattered to the four winds and absent from the pages of history for over 2,500 years. Evidence of the difference in origin between the Elamites and the Persians came from the mouth of none other than Persian King Darius the Great who said,

“I am Darius, the great king, the king of kings, the king of many countries and many people, the king of this expansive land, the son of Wishtaspa of Achaemenid, Persian, the son of a Persian, ‘Aryan’, from the Aryan race” – (From Darius the Great’s Inscription in Naqshe-e-Rostam).

Some scholars say Iran means “land of the Aryans” and claim that the Iranians are not descendants of Shem, as the Elamites were, but more likely came from Japeth, whose descendants are mostly Caucasians. This supports the view that Elam and Persia are not different names for the same people. Also, the native languages of the two groups were different.

This may explain why Ezekiel, who wrote from Babylon at the same time Jeremiah was writing from Jerusalem, identified one of the major participants in the Battle of Ezekiel 38 as being Persia, and not Elam. God might have informed him, as He did Jeremiah, that the Elamites would be conquered and scattered to the four winds by their Persian neighbors.

It could also help us understand why the Arabs of the Middle East today are so opposed to the Iranians gaining any kind of political or military advantage over them. Even though they share varieties of the same religion (Islam), the Persians are not Arabs.

(From my days as a business consultant, I remember hearing one of the owners of a client company talking on the phone in a language I didn’t recognize. When he hung up I asked what language he had been speaking. “It was Farsi,” he said, “the Persian language.”

“Then you’re an Arab,” I responded.

For an instant, I thought I had offended him. Then, as if he was correcting a child, He said, “Persians are not Arabs. We’re Caucasians.”)

But there’s one verse that prevents us from proclaiming Jeremiah’s prophecy to be completely fulfilled in history. Jeremiah 49:39 says, “Yet I will restore the fortunes of Elam in days to come, declares the Lord.”

What Happened To Elam?

There’s no record of a re-emergence of the Elamites since the Persian conquest 2500 years ago. Some say Jeremiah 49:39 is currently being fulfilled through the Iranians. They say this partly because Iran’s primary nuclear facilities are in the area once called Elam. Its recently completed nuclear reactor in Bushehr lies on the eastern shore of the Persian Gulf in the heart of ancient Elam. If that’s the case then God’s restoration of Elam’s fortunes is both brief and haphazard, its stated purpose is opposed to God’s plan for Israel, and it is doomed to end in even more destruction.

Currently, the most popular view is that the complete fulfillment of Jeremiah’s prophecy is for our time and will take place shortly through Iran’s defeat in the Battle of Ezekiel 38. But if that’s true, then the Iranian people will have to be scattered among all the nations following their defeat and then somehow regain God’s favor during Daniel’s 70th Week in order for the last verse to be fulfilled. There’s simply no good reason to believe this will happen. After one brief reference in Ezekiel 38:5, the future of Persia is never mentioned in the Bible again.

I think it’s reasonable to expect prophecies that have only been partially fulfilled in history to have their ultimate fulfillment in our future. The idea that a partial historical fulfillment points to a complete future fulfillment is a well established principle in the Bible. Two examples we’ve reviewed recently are Isaiah 17 and Psalm 83. The literal and complete fulfillment of these prophecies has not happened yet.

But from my research it appears that the only part of Jeremiah’s prophecy that remains a question mark is verse 39. The Elamites were defeated and scattered among the nations just as Jeremiah predicted. The nation ceased to exist and there’s been no mention of them since.

There are other cases of nations being as totally erased from history and then suddenly reappearing. Israel and Babylon are two obvious examples. But with both of them there are multiple chapters with detailed descriptions of their re-emergence and subsequent destiny. With Elam we get one non-definitive verse.

Let’s Try To Be More Careful

I think there are a number of people today who are guilty of interpreting Bible prophecy in light of current events when the reverse is supposed to happen. We are supposed to interpret current events in light of Bible prophecy. These people read the world news and then scour the Bible for prophetic verses that seem to fit without fully researching their history to see to what extent they’ve already been fulfilled. Many of them are novices where Bible prophecy is concerned, but some should know better.

We also need to remember that Bible prophecy only illuminates world history where Israel is concerned. Great Empires have come and gone during Israel’s absence without so much as a hint of their existence in the Bible. Even the United States, by any measure the most successful of them all, is missing from the prophetic record. You can’t tell me God didn’t know these empires were coming, so their absence has to mean that He sees them as irrelevant to Israel’s destiny. Don’t get me wrong, He has used them all to advance His plan for His people, and they were all blessed through their time of participation. But He didn’t find any of them worthy of mention because He didn’t actually need any of them to fulfill His plan.

I frankly can’t say how or when God will restore Elam’s fortunes. But based on what I know currently, I am not comfortable with the substitution of Iran for Elam in Jeremiah 49:34-39. The truth is, we don’t need Jeremiah 49 to know what will happen to Iran, and the Bible doesn’t say how or when Elam’s fortunes will be restored. The only thing we know for sure is that God said it and therefore He will do it.

“I make known the end from the beginning, from ancient times what is still to come. I say, My purpose will stand, and I will do all that I please” (Isaiah 46:10). You can almost hear the footsteps of the Messiah.