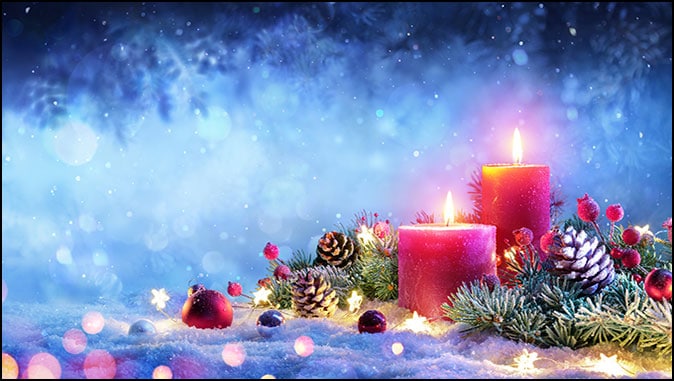 A Christmas Message
A Bible Study by Jack Kelley

Let’s take just a moment to look beyond the controversy over when the Lord came and focus on why He came.  I think Isaiah gave us the best explanation the Bible offers. What follows is my adaptation of Isaiah 53.

1. Who has believed the message of the prophets? And to whom has the strength of the LORD been revealed?

2. The Son grew up before His Father like a tender shoot, but like a root out of dry ground He was totally unexpected by most. He had no beauty or majesty that would draw us to him. In fact there was nothing in his appearance that would make Him attractive to us.

3. Since the very beginning of His ministry, people have disliked and rejected Him, making Him a man of sorrows, familiar with suffering. They deny having seen even the most obvious evidence of His presence in their lives and treat the very mention of His name with disdain.

4. They consider him to have been stricken by God, and afflicted for no purpose, but He was actually taking our infirmities upon Himself and and bearing the weight our grief and our sorrows.

5. He was beaten and whipped and then nailed to a cross, giving His life to pay for our sins so we could have peace with God. And because of the wounds inflicted upon His body we can also be healed of all our sickness and disease, all our pain and suffering.

6. Like sheep without a shepherd, we have all gone astray, each of us turning to his own way; but the LORD imposed the punishment for all of our sins upon Him.

7. Through all His pain and suffering, He never said a word in His own defense even though He was innocent of all the charges they levied against Him. He had the power to free Himself at any moment, but He let them lead Him away to his death like a lamb to the slaughter. And like a sheep is silent before her shearers, He never opened his mouth in His own defense.

8. He was convicted on false testimony and taken straight to His execution without a fair trial, leaving no descendants behind. He knew He was giving His life to pay the penalty for our sins, not for anything He had done.

9. Usually crucified men were denied a decent burial, their dead bodies being thrown in the garbage for the dogs to consume. But He was buried in a rich man’s tomb because he had not committed any crime, or even uttered a single deceitful word.

10. Because it was the LORD’s will to crush Him and cause Him to suffer by making His life a sin offering, He will see His offspring. His days will be prolonged, and the will of the LORD will prosper from His efforts.

11. Therefore, after the suffering of his soul he rose again to life, proving that His work of redemption was not in vain. In this way He will justify many, having borne our iniquities, allowing God to regard us as though we have never sinned at all.

12. As a result of this His Father has given him an inheritance that He will divide with the many who have believed in Him because he poured out his life unto death, and allowed Himself to be numbered with the transgressors. For he bore the sin of many, and has made intercession for us.

No matter what you think of the commercialism and paganism that surround this holiday season, you can’t deny the love of God that was demonstrated in His coming. For that’s when the God from Heaven outfitted Himself for Earth so men from Earth could be outfitted for Heaven. Merry Christmas. Selah.

Thy Kingdom Come By Dave Hunt This phrase is contained in the so-called "Lord's prayer,"…

The Dragon and the Manger

The Dragon and the Manger By Hal Lindsey Dragons make fine fiction. In the old…